Condensed microdroplets play a prominent role in living nature participating in various phenomena, from water harvesting by plants and insects to microorganism migration in bioaerosols. Microdroplets may also form regular self-organized patterns, such as the hexagonally ordered “breath figures” on a solid surface or levitating monolayer droplet clusters over a locally heated water layer. While the breath figures have been studied since the 19th century, they found a recent application in polymer surface micropatterning (e.g., for the superhydrophobicity). The droplet clusters were discovered in 2004, and they are subjects of an active research. Methods to control and stabilize droplet clusters make them suitable for the in situ analysis of bioaerosols. Studying life in bioaerosols is important for understanding microorganism origin and migration; however, a direct observation with traditional methods has not been possible. In our new paper we report preliminary results on direct in situ observation of microorganisms in droplet clusters. We also present a newly observed transition between the hexagonally ordered and chain-like states of the droplet cluster.

Philosophical Transactions of the Royal Society of London is the oldest scientific journal in the world where Isaac Newton, Charles Darwin, Benjamin Franklin, Stephen Hawking, and many other distinguished scientists have published their work.

Microreactors. Observation (first time ever in literature) of a droplet cluster with a non-volatile water-soluble yellow dye injected into several droplets: 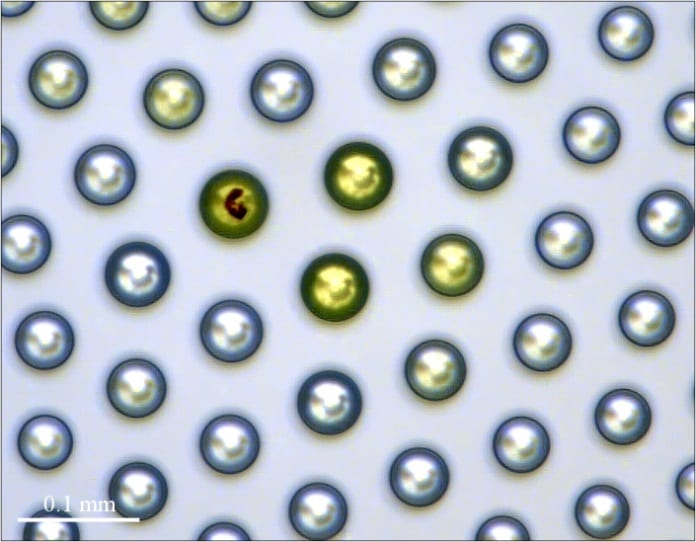 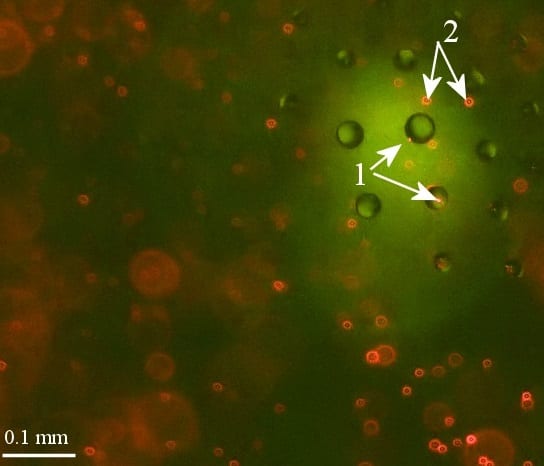