This could be a good project for students of dynamics. The tower clock emerges in medieval European cities at about the year 1300 CE: Westminster (1288), Canterbury Cathedral (1292), Salisbury cathedral clock (1306), St. Albans (1326), etc. The pendulum was invented by Galileo and Christiaan Huygens only in the 1600s. How do you think the pre-pendulum clock worked?

Interestingly, they used a mechanism called the “verge and foliot escapement”.

To calculate a natural frequency of such a mechanism could be a nice project for mechanical design students of vibrations! 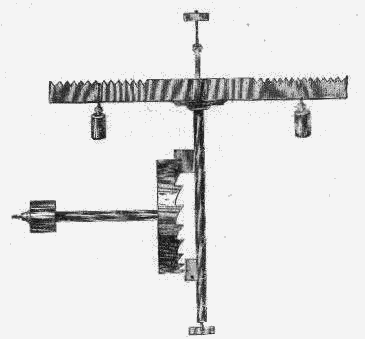 One of the earliest existing drawings of a verge escapement: Giovanni de Dondi’s astronomical clock, the Astrarium (1364, Padua), from his treatise “Il Tractatus Astrarii.” This mechanism had a balance wheel (crown shape at top) instead of a foliot. The escapement is just below it. (Source: Wikipedia)